The UK property market is open and has experienced a “mini boom” but it’s not trendy apartments in the city that first-time buyers or movers are eyeing up.

The UK property market is open and has experienced a “mini boom” but it’s not trendy apartments in the city that first-time buyers or movers are eyeing up.

Now that property transactions can complete, they’re heading to isolated skirts and country lane retreats rather than flats in fast paced cities.

And perhaps it’s not surprising? Coronavirus has brought people together but the realities of apartment living in lockdown and an increase of people working from home has led people to seek space.

Pent up demand for property

The first lockdown which began in March, 2020 caused a significant disruption to the property market. First-time buyers were faced with tighter lending restrictions, there was a backlog of house sales and mortgage agreements were delayed.

Despite this, once restrictions were lifted, the UK property market saw a hike in demand for houses.

The increase of mortgage approvals in September is undoubtedly connected to the backlog caused by lockdown but it could also be questioned whether it’s a result of people needing more room after being cooped up for the best part of 2020.

A demand for property in open space

Bannister believes that the demand for property in open space was down to, “Buyers being more willing to have a country commute a few times a week, while others are preparing for social distancing to be here for some time and so are being drawn to places with more outdoor space.”

People want to buy property where they can be happy

Research from Rightmove’s 2020’s Happy at Home Index reveals that residents that currently live in the Cornish town of St Ives are happier than any other community.

The emerald rolling hills and abundant wildlife were two of the reasons why people felt happy, though the access to some of the best surf spots and friendly neighbours were noted too.

Demand for property in St Ives has also more than doubled (+120%) compared to this time last year.

Has coronavirus caused buyers to reassess their housing preferences?

English buyers looking for a home in a smaller community flocked to search portals including Rightmove which announced in November that searches for properties in nine areas in England doubled.

Interestingly, all of these search areas have populations under 11,000.

The locations where searches have doubled are:

Supporting this trend once more is Rightmove’s Happy at home index which found that of the people who plan to buy or rent in 2021, 56% claimed they now place greater importance on access to nature and green spaces when deciding on the area and home they want to live in.

This trend has been more apparent amongst younger home-movers in the 18-34 age group, who may arguably be in a better position to buy as they have no previous property to sell.

Flats have been difficult to sell

Those selling flats, particularly in city locations including London have seen a decrease of interest which has delayed the plans for many who seek a secluded life in the sticks or by the sea.

Apartments fell out of the top five categories searched on Rightmove and adding to the stagnation is an issue of fire safety which has and continues to halt the sale of many flats.

The Guardian reported in September 2020 that in light of findings after the 2017 Grenfell fire, many mortgage lenders, though not all, now require evidence that a building’s construction is free of combustible materials and without such, some buildings are deemed unmortgageable.

Some owners of apartments or high-rise buildings have been unable to get hold of the required ESW1 certificate, which would provide proof that their property has had an external wall survey.

From flat to detached

UK data from the house pricing index also shows a pattern of buyers shifting their search from flats to detached properties which have space to allow working from home.

The bigger the home, the quicker the offer

Zoopla’s analysis of their portal data discovered that the time taken between the listing of a home and its receiving an accepted offer decreased across the board, though, surprise surprise, flats had seen the least uptake in demand.

Reflecting on the data, Zoopla writes, “Buyers are migrating away from the more expensive cities, suburbs and commuter belts while enabling their budgets to stretch further. Meanwhile, flats are taking the longest time to sell,”

The demand for rural areas, seaside towns and private properties has injected the market with a hope for further growth though some are sceptic that future unemployment could affect property prices in 2021.

Nevertheless, data released by ONS for the UK House Price Index for September 2020, showed promising results and house prices in the UK grew by 4.7% on an annual basis.

“This data is further evidence that there has been a sustained rebound in activity in the housing market since restrictions were lifted in May.

Price growth was relatively consistent across regions, with most posting growth of more than 4% over the year before.”

Will house prices continue to rise once stamp duty ends?

The Government stamp duty cut ends on 31st March 2021and the race is on to complete house sales and mortgage applications for many buyers who otherwise may not be able to purchase properties with higher market values.

Once the cut ends, many wonder whether demand will die down. Others question whether the looming threat of unemployment could affect lender criteria, making it harder for people to get approved, inevitably leading to a dip in demand for property.

As a result of the pandemic and subsequent economical pause, the risk of unemployment is something that many lenders are likely to factor in when assessing mortgage applications.

Buyers may face tighter lending restrictions, lower loan-to-value rates and a reduced choice of lenders if they have issues on their application such as bad credit or low income.

But it’s not all doom and gloom...

The extension of the furlough scheme and SEISS will support 2.3million workers which could help to support demand and price growth over the coming year.

Boris Johnson also plans to “End generation rent” and support homeownership, which could also prop-up the property market if progressed.

The Primeminister spoke of his plans to remove affordability stress tests on mortgage applications and bring back 5% deposits, though details on this aren’t expected to be released until later in 2021.

If you’re interested in buying a house or flat in 2021 but feel unsure about the market or perhaps your ability to get approved for a mortgage, you could benefit from the help of a mortgage broker.

Even if you’ve been rejected in the past, your circumstances may have changed and there could be alternative lenders elsewhere who are more willing to accept your application for a mortgage.

It’s a mortgage broker’s job to find these lenders and compare different mortgage amounts to work out what’s affordable for you and under what terms. 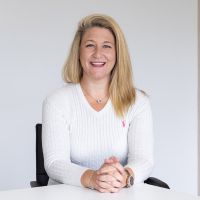